from Fighting For Years / We Will Rise by Creatures Once 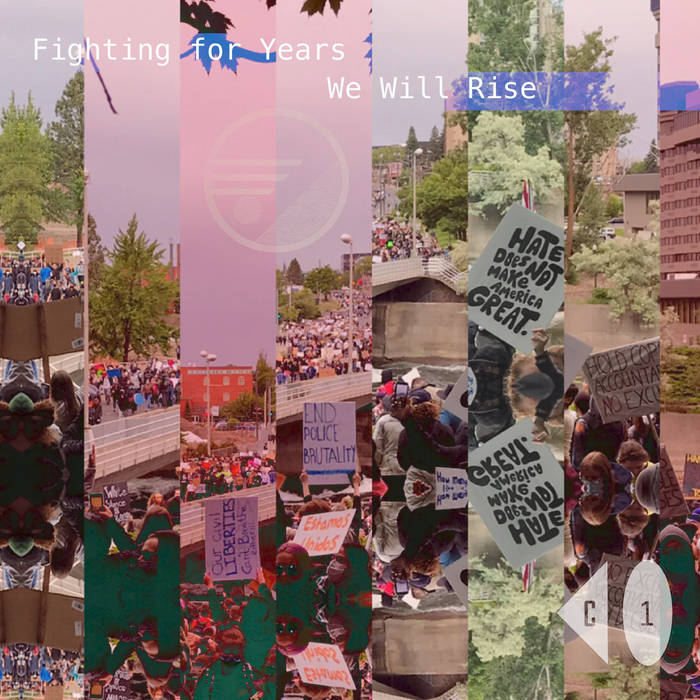 This song was created after attending the Black Lives Matter protests earlier this year. Emotional, inspiring, powerful, experiences. Much respect and solidarity to all those who are fighting for justice. Those who have been and will continue fighting for years. There is work to be done. I want to stay optimistic that we'll progress. Keep on going strong. Creators can keep creating good art. That is something powerful.

About the creation of this song:
Went into the creature's studio and created this in a couple of emotional and fun recordings sessions. With all that inspiration and emotion from the protests, I came home to create sounds, because that's what I do when I don't know what else to do and it makes me feel better. Needed to bang on things. So I pulled out the djembe, and a talking drum my dad just gave me. It's gotten a little limp in its old age. Have to squeeze it real hard to get the juicy tones. Not unlike my dad in its own way, I suppose. I felt like screaming, so I did some mouth sounds through the Kaoss pad. Started with a bassline from the Volca Kick. Layered in some synths that were the first ideas I thought of: used the Circuit Monostation, max for cats synths, prophet (virtual), and rhodes samples. Lyrics were improvised off the cuff and recorded first take, which is what I've been doing this year. At this point if I sat down and wrote lyrics and focussed on vocals, I'm not sure I would ever release anything. I have to capture and move on. This middle section of the song got a little darker and more chaotic, and that was fun, but not the end of the story. There will be some chaos, a lot of anger, and eventually a little dancing, and looking forward.

More information, including samples and Ableton set coming soon to our website creaturesonce.com

Eclectic music for all the creatures.

Bandcamp Daily  your guide to the world of Bandcamp